Green hydrogen for transport. Making the transport sector sustainable is a major challenge. 99% of road vehicles still use fossil fuels. Transport by water is also largely dependent on these fuels.

Electric transport is the future. And green hydrogen plays an important role in this!

Green hydrogen is produced from electricity from renewable sources. This electricity is used in an electrolyser that splits water (H2O) into hydrogen (H2) and oxygen (O2). Storing hydrogen and making it available in fuel stations makes road and water transport are more sustainable. 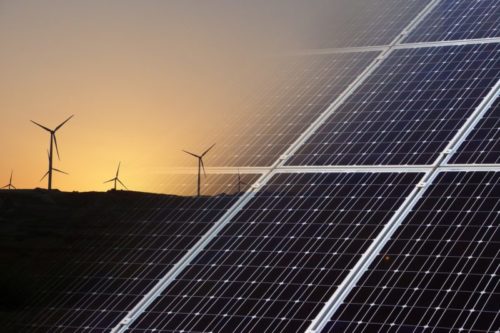 Hydrogen powered vehicles use similar technology to battery powered vehicles. The main difference is that the energy is stored in hydrogen (tanks) and not in batteries. Electricity is produced by the fuel cell. Here hydrogen and oxygen from air react with one other.

Hydrogen is crucial for making large vehicles and long-distance transport more sustainable. Storing sufficient energy in batteries is still a challenge. Batteries are also a good solution for shorter distances and use in passenger cars.

These advantages offer many opportunities for sustainable road and water transport. Hysolar is working on the further application of these opportunities!

Propelled by climate-change targets, the profile of hydrogen is becoming more prominent on the international energy agenda.

Japan has been committed systematically to the development of a hydrogen economy for years. The Olympic Games were entirely devoted to hydrogen as an energy carrier. It is no coincidence that the Japanese Toyota is one of the first car brands with a hydrogen model to hit the market.

For the Netherlands, the accelerated phasing out of gas extraction and the search for suitable natural gas substitutes provide an additional stimulus for using hydrogen.   In May 2019 a court ruling on Dutch PAS practice limiting nitrogen emissions also provided a strong motivating factor for reduced fossil fuels usage.

An energy system based on green hydrogen

An energy system based on green hydrogen is not a utopia. Sustainable electricity sources such as sun and wind can be generated at very cost already (less than € 0.02 / kWh) if done at geographically optimal locations. If this electrical energy can then be used to produce hydrogen this energy carrier can be used worldwide and implemented on a large scale. How such a systeem might look like can be found in the book Solar power to the people. 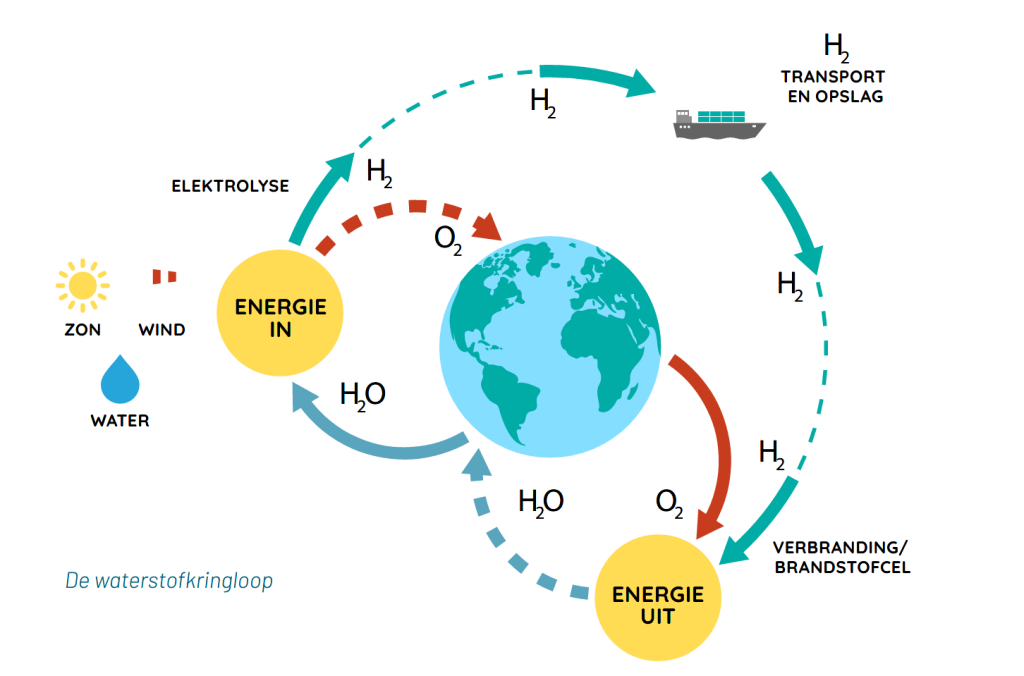 Hydrogen has a wide range of uses, including as a method of energy and as a building block for the industry. There is currently a lot of attention on how hydrogen can be used for road and water transport, but it can also be used as a substitute for natural gas, providing heating for homes, businesses and industry. Hydrogen in a fuel cell can also supply electricity and heat.

In addition, hydrogen has been a building block for the chemical industry for decades and there are promising developments in which hydrogen contributes to the production of protein substitutes within the food industry. Green hydrogen therefore has a great sustainability potential!

The production and supply of green hydrogen in Nieuwegein is performed by Hysolar B.V. Next to that, we use our knowledge en experience within consultancy and innovation projects. These activities are executed through Allied Waters B.V. To find out more on this, see the about us page.