It’s the spring of 2021 and the time has come: Hysolar is opening the first green hydrogen filling station for the public in the Utrecht Region. The station is located at the site of Jos Scholman Contractors in Nieuwegein, where passenger cars, lorries and busses can all be refuelled with green hydrogen. The opening of the Hysolar hydrogen filling station in Nieuwegein represents an important step on the path to mobility without emissions of CO2 and bound nitrogen.

Green hydrogen plays a key role within the Dutch government’s energy transition policy framework. When it comes to mobility, the focus is primarily on heavy work vehicles: for example, freight transport, bus transport, cranes, tractors and shipping. Hydrogen-powered passenger cars and – soon – delivery vans are also available on the market. The filling station is equipped with two dispensers, each with one pump at 350 bar (heavy transport vehicles including busses) and one at 700 bar (passenger cars and company cars).

‘We have chosen green hydrogen as a means of promoting sustainability in our company’s operations, so we really need the filling station,’ says Robert Scholman, one of the directors at Jos Scholman Contractors, and co-shareholder of Hysolar. ‘We now have four hydrogen tractors in operation and, together with our partners at Allied Waters and KWR, more than fifteen passenger cars – and that’s only the start. With the new filling station, we’ll soon be able to dispense no less than 250,000 kg of hydrogen every year.’

In the first year the green hydrogen will be supplied externally, until the local production begins to use the green power generated by the solar panels at the neighbouring WRK/Waternet site. ‘That will complete the picture: local production and use of green hydrogen,’ says Jos Boere, director of Allied Waters and co-shareholder of Hysolar. ‘This concept, which we have developed jointly in a consortium with KWR, can also be applied in numerous other places, both in the Netherlands and abroad. The Nieuwegein experience comes in very handy when advising others.’

The region is well on its way to becoming a leader in the field of mobility fuelled by green hydrogen. And this is no coincidence. The Province of Utrecht has in fact taken the initiative in signing a covenant, in which the province itself, the municipalities, the business community and other stakeholders commit themselves to accelerating the use of green hydrogen for mobility. Plans already exist to build hydrogen filling stations at other locations in the region over the next few years. Deputy Arne Schaddelee says: ‘My Deputy colleague, Huib van Essen, and I are ambassadors in the hydrogen covenant. We are happy to play a part in the greening of the mobility sector, and are therefore also really pleased with companies that are leading this effort.’ Moreover, the national government has also done its bit: the Hysolar filling station is being funded in part by a subsidy from the national DKTI programme.

Would you like to know more about the Hysolar hydrogen filling station in Nieuwegein?

If you want to know more about the construction of the hydrogen filling station, or the other hydrogen projects we are working on, check out our news page or contact us. 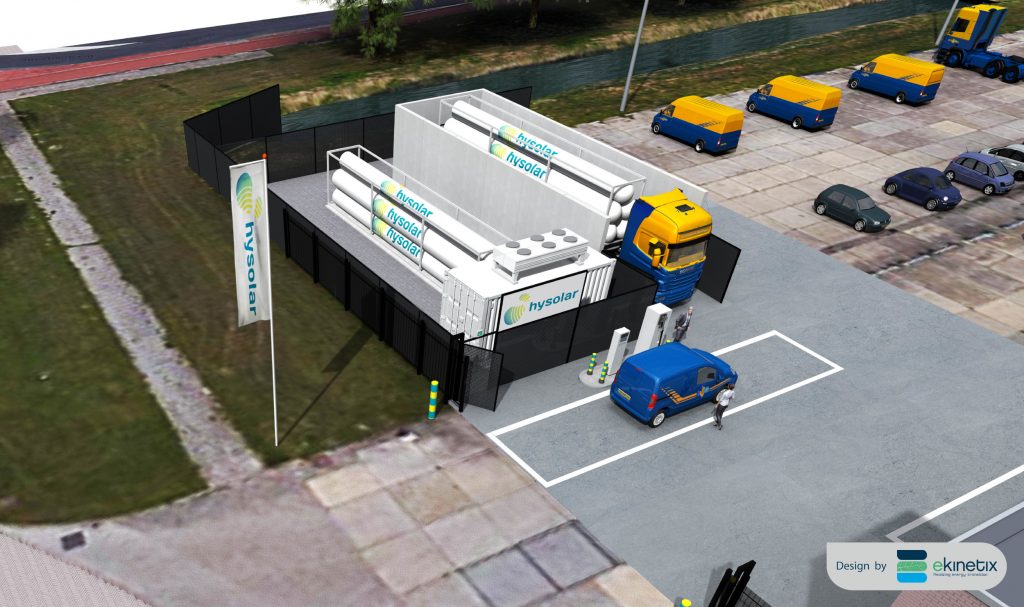 It’s the spring of 2021 and the time has come: Hysolar is opening the first green hydrogen filling… 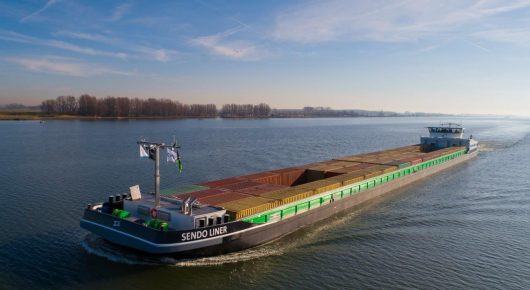 Inland shipping with green hydrogen from the Zuiderzeehaven in Kampen

It’s the spring of 2021 and the time has come: Hysolar is opening the first green hydrogen filling…